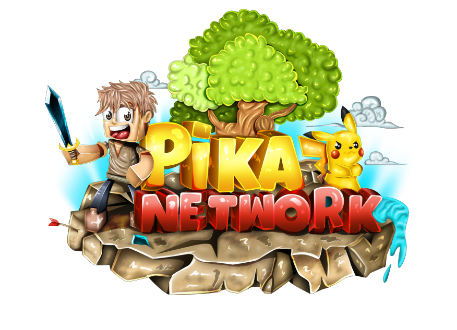 I suggest reconsidering whoever deserves a veteran role on discord/forums.
No matter if the staff member was demoted or not.


You may ask what even is Veteran:
Currently, a veteran on this server is just a simple role, actually more like a reward for the staff members that contributed towards the server and resigned.
it's was ONLY given to the ones that resigned, not for the ones that got demoted.
I suggest giving it to the ones that got demoted, but this doesn't mean whoever got demoted should all get this reward, obviously whoever abused their powers should not get it.
It's more for the ones that contributed towards the server and ended up getting demoted for a different reason like it's just a simple role that doesn't matter, you don't even get any actual advantages from it in-game or on discord.
Except if you call a yellow role an advantage, that's a different story.​
Reason(s):

Some of these people actually spend their valuable time making the server a better place. They made it more enjoyable and lively for everyone, they helped in the staff team, and they didn't even get a role that gives 0 actual advantage except for a YELLOW color, which isn't even an advantage.​
Sincerely,
Axteroid

+1
But i'd say giving the role depends on the demote reason.
If a staff for real abuses its power to a extend, he does not deserve having it.
But if staff got demoted for some minor things, giving the ranks will have no harm to the server, especially they contributed that much for the server.

+1 but ey, @MrFrenco I think Axteroid deserves veteran, he can’t sleep at night without it :/ . Make his day and give him veteran since he really deserves it in my opinion.
Minigames: Titan, Classic SB: Skyking, OP SB: Skylegend, Factions: Overlord, OP Factions: God, Survival: Member, OP Prisons: Boss, Practice: Gold, Kit PvP: Legend
If you read this you're awesome.​

I resigned the first time I was staff which was over a year and a half in duration. The second time (what they look at) I got demoted after a week for not reaching a ban quota due to a computer problem. My contribution to the server's early days should not be overlooked due to some computer issues, and an owner gung ho on demoting people who didnt ban x number of people in a week regardless of in real life circumstances.

The people who griefed, abused power, etc shouldn't get the role, but if they had a decent contribution to the server I feel they should receive something as a 'thank you'. I did originally have an ex staff role on the oldest pika forum... but they apparently don't count that.

Ya know what's even cooler than the UwU Color, the Yellow Role. +1 UwU
Kind regards,
TryHardMarktin

I would also suggest reconsidering who currently has this role and taking it away from people with toxic behavior, for example. The Veterans should be experienced ex-staff members who helped the server, not just people who resigned. Not everyone who resigns should automatically get the role. Only the people who actually deserve it should.

+1 6 wo rd s still exists?
“Whether here or in the real world, you can cry when it hurts. There’s no rule that you can’t show feelings just because it’s a game.”
Kirito
“It’s better not to look for more meaning than there is in a name. You’ll lose sight of a lot more than you notice."
Asuna
“It’s okay to live, even if there’s no greater point to living.”
Yuuki
Jace#8088​

everyone says +1
so I will also say

+1
@giogio_777
Just bypassing this filter cuz it's dumb
Regards;
Me

LexaFTW said:
you could get it if you didn't abuse, -1
Click to expand...

Not every demotion is because of abusing
Sincerely,
Axteroid